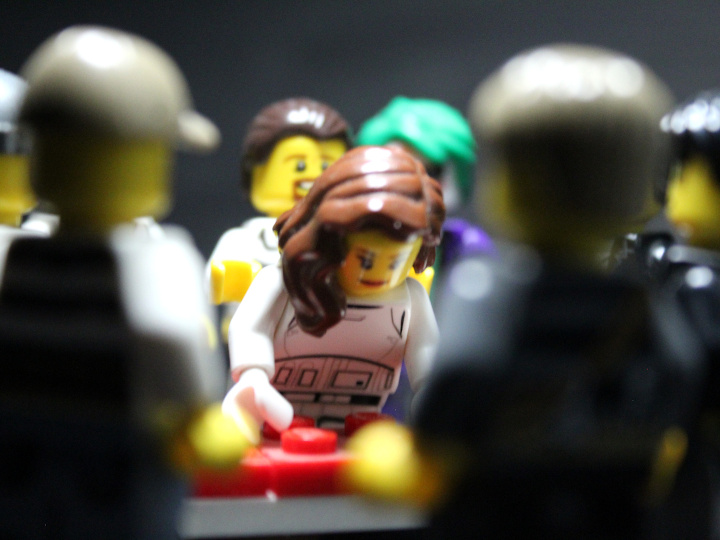 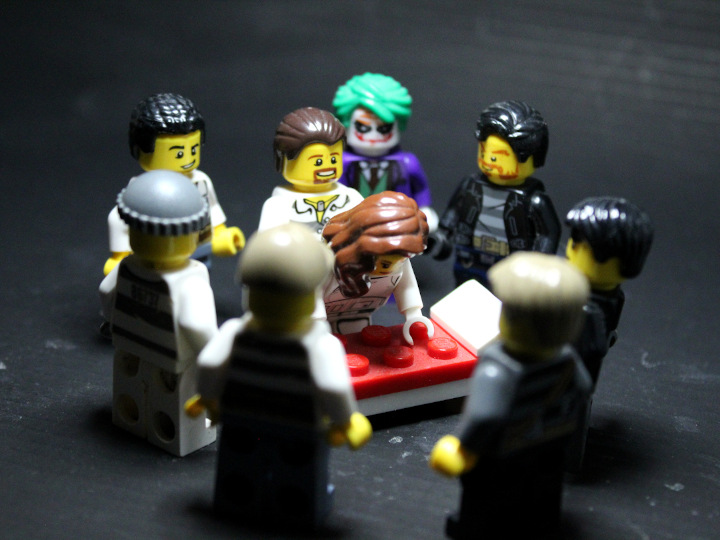 Joker took the love smitten Jessica to a café. They cooed like lovers, everything seemed to be perfect. But Jessica had no idea that this was probably her last cup of coffee. The chemical Joker had poured into her cup the last time, spread through her body. Joker knew everything was ready for his entertainment.
He took her to his hideout where he and his gang resided. The hideout was full of criminals and perverts.
Jessica let him lead her to a dark crypt. She did not understand why they were going there but she trusted her love.
Joker stopped in the center of the crypt and commanded her: Woman, undress, you shall amuse my friends.
Jessica started to undress and she became aroused. She did not understand why was doing it because she did not want to do it.
The men did not hesitate and took turns with her. They enjoyed it and she did not resist, she enjoyed it as well.
Jessica thought it was disgusting to have sex with that many men. She smelled their sweaty bodies taking turns on her, she heard loud noises. She was aware of what they were doing, she felt the dull thrusts. She could not do anything, she could not defend herself. Her body was controlled by someone else.